The overwhelming favourite. The vast majority of Shakespeare academics express no doubt that William Shakespeare, Stratford businessman, actor, theatre company share-holder wrote the plays and poems attributed to him. Quartos and anecdotes from his lifetime suggest that at least some contemporaries believed he was the author, but Shakespeare's biography creates serious doubts. (More here . . .)

Doubts about Shakespeare focus on biographical inconsistencies. There is no evidence he went to school, travelled, learned foreign languages, or spent time in an aristocratic milieu. The Oxfordian theory proposes to solve these problems since Edward DeVere possessed many of the educational and social attributes that are on display in the works of Shakespeare. (More here . )

Early scepticism about Shakespeare focused on Francis Bacon. An intellectual giant active during the period when the works of Shakespeare were produced, his defenders included Mark Twain, who was convinced that Bacon wrote Shakespeare. Like Oxford, he possessed the necessary education, the travel credentials, and the familiarity with court evident in the Shakespeare canon. (More here . . . )

The only candidate with the proven ability to write poetry and dramatic verse at a "Shakespearean" level. For centuries, scholars have proclaimed that Shakespeare learned how to write by studying Marlowe's style. Speculation that they were friends and shared manuscripts is prompted by the striking similarity of Marlowe's later works to Shakespeare's early works. (More here . . .)

Shakespeare Resources
Facsimile copy of the 1623 First Folio. Click on the screen shot. 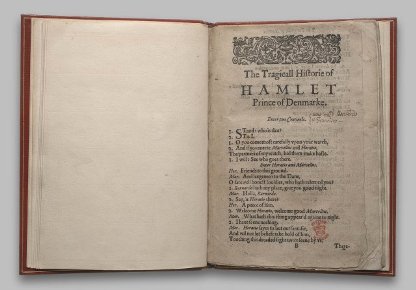 Facsimile copies of every Shakespeare Quarto published prior to 1623. Allows for side-by-side comparisons. Click on the screen shot.

Internet Shakespeare Editions. Facsimiles of the 1st, 2nd, 3rd, and 4th Folios, and many Quartos. Click on the screen shot. 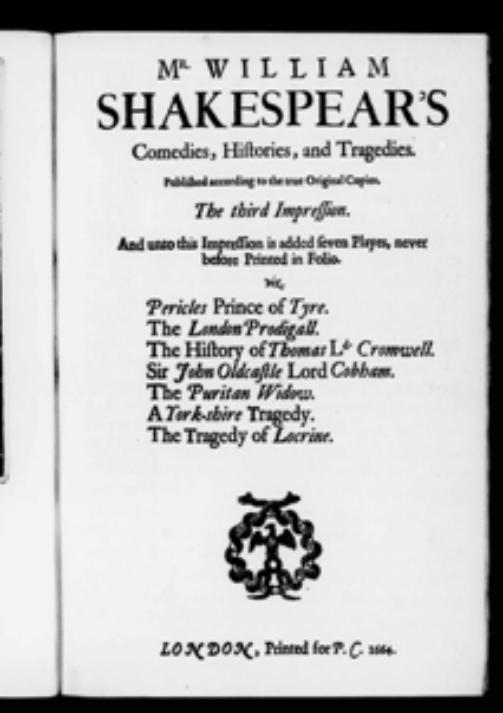 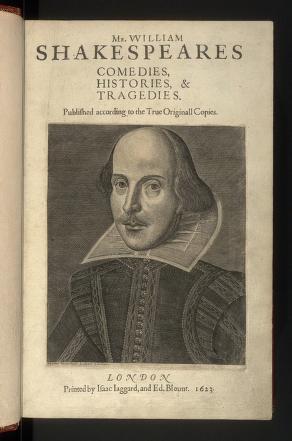 Facsimile copy of the 1609 Shakespeare's Sonnets, from the Malone collection, with an Introduction by Sidney Lee. The facsimile starts on p.77. Click on the screen shot. 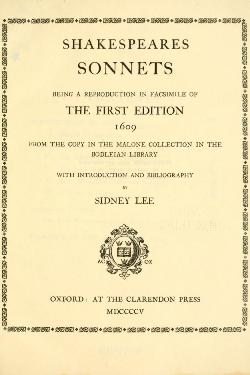