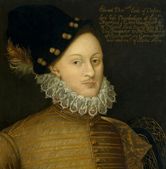 Problems with the Oxford case

The Earl of Oxford's supporters are on a bit of a roll recently. They have the support of legendary Shakespearean actor Derek Jacobi, and U.S. Supreme Court Justice Stevens  - no intellectual lightweight - has publicly stated his support of the Oxfordian claim.

The circumstantial case for Oxford is impressive. Influential people and exotic places mentioned in the Shakespeare plays have connections to DeVere. True, but any evidence that he could write Shakespearean verse is notably missing. Strangely, there is a body of surviving poetry attributed to Oxford – it's just not very good. It sounds nothing like the voice of the writer Shakespeare.

One of the proofs of the Oxford claim is the mention by Francis Meres in 1598 that the Earl of Oxford was "one of our best for Comedies." One would assume from Meres's list that awareness that Oxford wrote plays was common at the time. He evidently did not mind it known that he was a poet and a playwright. So what then was the supposed motivation for hiding behind the front of the theatre company share-holder William Shakespeare? Why allow mediocre poetry to circulate in his name, and then withhold his name from poetry of infinitely greater quality?

Unlike Christopher Marlowe, there is no evidence that Oxford could write verse of the quality found in the works of Shakespeare.

Doubts about Shakespeare focus on biographical inconsistencies. There is no evidence he went to school, travelled, learned foreign languages, or spent time in an aristocratic milieu. The Oxfordian theory proposes to solve these problems since Edward DeVere possessed all of the educational and social attributes that are on display in the works of Shakespeare.

MONDAY, DECEMBER 7, 2009
Not Oxford Either!
By Isabel Gortázar

TUESDAY, NOVEMBER 23, 2009
Questions All Oxfordians Must Answer
By Peter Farey

WEDNESDAY, OCTOBER 1, 2009
Oxfordians and the 1604 question
By Peter Farey