This Society and its website were created in August 2009 by an informal group of fellow seekers, all of whom have had either books, films, or articles published on the subject: 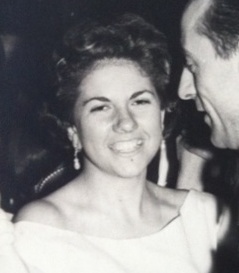 Marlowe's reported death in 1593 was faked as part of an escape into exile, and Marlowe is the author of the plays and poems attributed to Shakespeare.

We have found enormous pleasure in trying to sort out the details, and we hope that you will find it so too. The following pages are intended to start you off on what we all know to be a fascinating intellectual journey. Be careful though, it can be highly addictive!

The Origins of the Marlovian Movement

1895: Credit must go to Wilbur Gleason Zeigler for being the first to argue that Christopher Marlowe had written the works of Shakespeare. In this year, he published a book titled,  It Was Marlowe: A Story of the Secret of Three Centuries, a fictional account of how Marlowe may have survived 1593 to go on to write the works of Shakespeare. In the preface to his book, Zeigler tells how through careful study of Shakespeare's biography, he came to realize that there was a problem with the accepted idea that Shakespeare was the 'Author'. Zeigler studied the Bacon theory - Bacon being at that time the most popular alternative candidate - but came away unimpressed. His reading of Marlowe, and his awareness of the by-then well-established notion in scholarship that Shakespeare had learned to write by copying Marlowe, led Zeigler to believe that what scholars were commenting on was not the work of a fledgling writer copying Marlowe - it was Marlowe. Thanks to Google, this once impossible-to-find book can now be read online here.

1923: The next chapter in the story is told by Archie Webster, who wrote an article titled, "Was Marlowe the Man?", for the September 1923 edition of The National Review. Webster argued that many of the Sonnets could not be explained as the work of the Stratford shareholder Shakespeare. Webster said that if Marlowe had survived past 1593 and gone into hiding, then reading these sonnets finally made sense. Webster's article can be read here, in a transcription from Peter Farey's Marlowe page.

1955: The first book-length argument of Marlovian theory was published by Calvin Hoffman, in his 1955 The Murder of the Man Who Was Shakespeare, now out-of-print and very hard to come by. Hoffman's book was the catalyst for launching the Marlovian movement around the world, capturing the imagination of the first generation of Marlovians. Hoffman's introduction to his book can be read here.

1994: Marlowe scholar A.D. Wraight took the Marlovian theory to the next level when she published The Story that the Sonnets Tell, a meticulously researched work of the highest academic standards. Wraight's research provided the first comprehensive study of the works of Shakespeare from the perspective of a Marlowe authorship.

2002: The Marlovian theory went mainstream when Emmy award winning filmmaker Michael Rubbo produced the documentary Much Ado About Something. The film inspired a new generation of researchers when it was shown on PBS Frontline, the BBC and ABC Australia.


For a full list of books about Marlowe and the Marlowe authorship of Shakespeare's plays, visit the Wikipedia entry on the Marlovian theory.