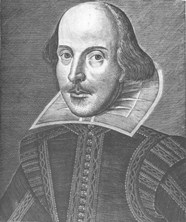 Problems with the Stratford case


With all of this evidence, it seems preposterous to voice concerns. And yet, when we look closely at the man, we are struck by the image of someone very unlike the man revealed in the works. Shakespeare stands revealed as a hardscrabble businessman who parlayed his involvement in the theatre industry into a profitable share of the gate receipts.

There is no evidence he attended school, although his success as a businessman suggests he did. He did not attend university, but the Shakespeare plays display learning equivalent to a university education. He demonstrated no interest in his works, as if they only had value as commodities.

When he died, there was no mention in his will of anything suggesting an interest in literature or culture. Shakespeare does not sound right, in spite of the fact that his name is on the documents. Stephen Greenblatt called the striking difference between the biographical and literary Shakespeare his "double consciousness." The other possibility––one which Shakespeare scholars rarely consider––is that the author and the man were in fact two different people.

The overwhelming favourite. The vast majority of Shakespeare academics express no doubt that William Shakespeare - Stratford businessman, actor, theatre company share-holder -  wrote the plays and poems attributed to him. Quartos and anecdotes from his lifetime suggest that at least some  contemporaries believed he was the author, but Shakespeare's biography creates serious doubts.

What Scholars say about Shakespeare:

The mystery of Shakespearian authorship exists because, unlike nearly every major author from Virgil to Spenser, Shakespeare rarely presents himself.


In the history of Western literature, Shakespeare’s self-concealing authorship may indeed be unique. From Homer, Virgil, and Ovid, to Dante, Petrarch, and Chaucer, to Sidney, Spenser and Marlowe, we can find nothing else like it.


There’s no way that Shakespeare could have bought or borrowed even a fraction of the books that went into the making of his plays. Besides his main sources for his British histories and Roman tragedies, which he probably owned—Holinshed’s Chronicles and Plutarch’s Lives—he drew on hundreds of other works. From what we know of Shakespeare’s insatiable appetite for books, no patron’s collection—assuming that Shakespeare had access to one or more—could have accommodated his curiosity and range.


The case of William Shakespeare, however, is singular in more than one sense. None of his contemporaries made their departure from wives or children. It was in fact almost unprecedented for a young man to leave behind his young family. It was unusual even in aristocratic households.

Shakespeare himself seems never to have valued his scripts as highly as his poems. He sold them to the company, which did with them whatever the team decided, with little sign of the author himself contributing.

Even though as a poet, Shakespeare dreamed of eternal fame, he does not seem to have associated that fame with the phenomenon of the printed book.

Shakespeare was a master of double consciousness. He was a man who spent his money on a coat of arms but who mocked the pretentiousness of such a claim: a man who invested in real estate but who ridiculed in Hamlet precisely such an entrepreneur as he himself was.

Again and again in his plays, an unforeseen catastrophe … suddenly turns what had seemed like happy progress, prosperity, smooth sailing into disaster, terror, and loss. The loss is obviously and immediately material, but it is also, and more crushingly, a loss of identity. To wind up on an unknown shore, without one’s friends, habitual associates, familiar network—this catastrophe is often epitomized by the deliberate alteration or disappearance of the name and, with it, the alteration or disappearance of social status.


And what of Shakespeare’s works? To our eyes he had been shockingly negligent about the preservation and publication of his scripts. . . . Unsettling as the thought is, he may not even have cared about his works being handed down.


For a man who made his living from words, he left a shockingly thin written record. He left no journal and not a single letter. There are some hints of him to be found on a few property records and in some exceedingly dull testimony in someone else’s lawsuit.


His retirement in 1610 to a quiet (and very affluent) last few years in Stratford reflects the then-minor nature of his fame. It took the next three centuries to make him into England’s greatest poet; he never pushed his claims to be a poet in the way that his peers Christopher Marlowe and Ben Jonson did. Despite his company’s success in 1603, his fame seems much too limited to have promoted anyone to have commissioned an official portrait.


William Shakespeare was unusual among fellow playwrights in that he wrote exclusively for one company for most of his career, acted in its offerings, and invested in its playhouses. He was therefore also unusual in having a direct stake in his company’s commerce.

Even as a ‘sharer’ in the Queen’s and Strange’s Men – and possibly Pembroke’s – his name was not recorded, and yet, as we saw in chapter 2, there is little doubt of his membership.


Shakespeare was not an autobiographical poet, at least not in any simple, direct sense. Anything but. He remains, in fact, the most anonymous of our great writers – we seem always to glimpse only the back of his head as he slips around the corner.


Among the strongest indications that Shakespeare thought of himself as above all a theatre man is the fact that he seems to have had remarkably little concern for the appearance of his plays in print. Only about half of them were printed in his lifetime; none of these has an author’s dedication, or any of the panoply of preliminary epistles, dedicatory poems, and the like of which Elizabethan authors were accustomed to adorn their publications.


Though it is often said that we know very little about Shakespeare’s life, it would be closer to the truth to say that we know quite a lot, but what we know includes very little of what we should most like to know. We have virtually no direct information about his private life, no accounts of his childhood or of his relationship with members of his family or with colleagues, no love letters—no manuscript letters of any kind written by him—no diaries, no working notebooks, no manuscripts. The information that has come down to us derives largely from public, especially legal, records.


His plays and poems … are the work of a writer with a classical education, not only full of local allusions to gods, goddesses, mythological figures, and the heroes of antiquity, but more deeply permeated with the techniques of the classical rhetoricians.


Jonson was now at the height of his fame as a masque-maker, a much more lucrative occupation than writing plays for the public theatres. It is a field in which Shakespeare seems to have offered no competition, and I find this hard to explain. He had, to be sure, a tolerably stable income, but he had never any aversion to adding to it, and I simply do not believe that he was too high-minded to wish to soil his genius with ephemeral pieces designed to suit the purposes of aristocrats.


Shakespeare appears to have placed little value on being monumentalized; the famous epitaph on his gravestone … bears no name.


Unlike the overwhelming majority of his fellow playwrights and poets … Shakespeare (to the best of our knowledge) never wrote a dedication, elegy, or epitaph for another writer.

Nothing in this [Droeshout] engraving would lead one to suppose that Shakespeare was a poet. He appears to be a prosperous, confident Jacobean gentleman. Apart from the hint of a smile, the smooth unmarked face is quite nondescript.


As a result of his independent reading, he was coming abreast of the University wits dominating the literary scene; in fact, he was tending to approximate to them, almost as if he had been to the University himself.


It is as though Shakespeare is beyond authorship... “Shakespeare” is present as an absence – which is to say, as a ghost.

If Shakespeare was indifferent to the ultimate fate of the plays that immortalized him, he showed no similar nonchalance about assembling and passing down his intact estate.


University training was a professional one in medicine, law or divinity, rather than a continuation of the liberal arts taught in schools... If Shakespeare did begin his career in this way, as an articled clerk to an attorney, it would account for his remarkable knowledge of the law, legal terms and procedure.


So far as I am aware, no writer on the Sonnets has remarked upon the fact that [Shakespeare] who is commonly supposed to have been indifferent to literary fame and perhaps only dimly aware of the magnitude of his own poetic genius, has written more copiously and more memorably on this topic [poetry as immortalization] than any other Sonneteer.


Shakespeare’s lack of book learning was a blessing. When he needed a simile or an image, he found it in his own experience and not in his reading.


If ever there was a poet with a supreme faculty for conceiving situations into which experience had never brought him … that poet … was Shakespeare.

If Shakespeare did not write the plays attributed to him, we do not need to look far to find a good candidate.

Go here to read what scholars say about the influence of Marlowe in the Shakespeare plays.

More about Shakespeare
from
The Marlowe - Shakespeare Connection Blog

THURSDAY, JUNE 25, 2009
The Stratford References in the Taming of the Shrew
By Peter Farey

SATURDAY, APRIL 18, 2009
Jonathan Bate on “The Rape of Lucrece” and Clopton Bridge
By Daryl Pinksen


From the Marlowe-Society Research Journal Volume 06 2009
The Clue in the Shrew (Revised): A Tumbling Trick
By Isabel Gortazar