Peter Farey's Marlowe Page
An encyclopaedia of information about the Marlowe claim, assembled by Peter Farey


The Marlowe Studies
Here you will find the books and essays written by those who believe Christopher Marlowe was Shakespeare. 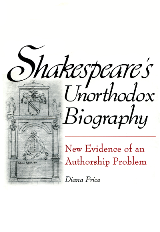 'This terrifically accomplished and enjoyable novel/play/poem, call it what you like, restores one's faith in English fiction.' 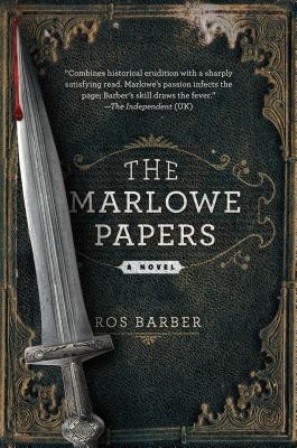 Explore the 2001 book by author Diana Price on her website: www.shakespeare-authorship.com

Daryl Pinksen's informative 2008 book, Marlowe's Ghost: The Blacklisting of the Man Who Was Shakespeare. 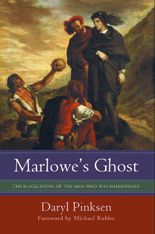 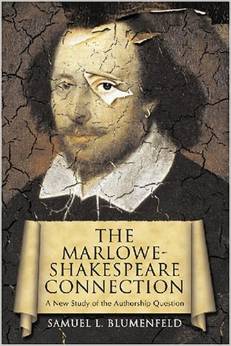 Buy it now at Amazon.com

THE NEW YORK TIMES, JANUARY 25, 2013
Exiting the Stage ‘The Marlowe Papers,’ by Ros Barber
"As a sustained exercise in nuanced poetic narrative this is a remarkable book. It is also a brave one."  BY CHARLES NICHOLL

Review of the Marlowe Papers
" . . . exquisitely poetic descriptions and turns of phrase worthy of the Bard himself, whoever he was."  BY DAVID CLACK

THE GUARDIAN: THE OBSERVER, MAY 20, 2012
Debut author Ros Barber:
The poet's first novel brings to light the theory that Christopher Marlowe survived and penned Shakespeare's works  BY GEMMA KAPPALA-RAMSAMY

EXPRESS.CO.UK, MAY 20, 2012
BOOKS: The Marlowe Papers
ROS BARBER'S remarkable book about Christopher Marlowe is many things. It is a historic novel, an interesting if contentious theory and a mystery... The Marlowe Papers is the best read, so far, this year.  BY MARTIN NEWELL

FINANCIAL TIMES MAY 19, 2012
BARD TIMES - The Marlowe Papers: A Novel in Verse
It's enough to strike despair into the heart of James Shapiro, author of Contested Will, as well as the hearts of all the other Shakespeare experts who refute the so-called "authorship controversy."  BY SUZI FEAY

THE GUARDIAN, MAY 10, 2012
The Marlowe Papers: Playing Poetically with the Playwright's Murder
Literary dialogue comes in many forms – webs of allusion, reference and literary homage. And Ros Barber's new novel The Marlowe Papers takes this conversation to another level.  ROBERT MCCRUM on Books

Much Ado About Something


As seen on PBS Frontline.

Buy Much Ado About Something at Amazon.com